Sometimes I am asked why I graph the deviations between CPI & PPI. When I first started doing economic indicator graphs the data were not available on-line, but I could get into the local "official public federal government document depository" [big signs by the entrance] library and page through the printed (dead-tree) reports. I started graphing CPI & the old WPI (wholesale price index), & GNP implicit price deflators. For some 150 years they tracked each other closely, the curves appearing to be much like 3 vines wrapped around each other.

With the abandonment of GNP for GDP, and WPI for PPI, and then decreased accessibility of the GNP & GDP deflators, things started to get weird. Staples (e.g. salted butter, apples, peanut butter) are disappearing from price indices. And I could no longer get into the so-called public government document depository, because some fruit-cake sheister, most likely an Illiberal Leftist/ Dem/ Red/ Regressive/ Socialist/ Fascist/ Nazi/ Marxist/ Communist/ Maoist/ Collectivist sheister (they are knee-deep in these parts, blocks & blocks of them circling around the state capitol), came in shooting at random & the snow-flakes ❄ cowered & shook in the stair-wells. So, in violation of federal law & the USA constitution, rather than properly train and arm people to discourage such initations of force, they created another attacker-safe-zone to let the next of their cronies wreak more harm. Only groveling, privacy surrendering subjects allowed, not "the public". Who knows what "the public" or the citizenry might conclude if they could get their eyes on federal government documents. They might get ideas about what the Fed & swamp-monsters were up to and maybe try to curb the corruption, unlike the racist, anti-family, anti-fatherhood, anti-USA-constitution, mostly-violent rioting Illiberal Leftist/ Dem/ Red/ Regressive/ Socialist/ Fascist/ Nazi/ Marxist/ Communist/ Maoist/ Collectivist shock-troops of the last few years.

But then I noticed that the current price indices were not twining closely together, but diverging. It's like the election/vote corruption moves over the last couple years in PA & MI & other states & cities subjugated by Illiberal Leftists/ Dems/ Reds/ Regressives/ Socialists/ Fascists/ Nazis/ Marxists/ Communists/ Maoists/ Collectivists (which corruptions enable more fraud). The votes & available price indices are essentially impossible to cross-check, to audit. The chain of responsibility, chain of custody, the connection with reality, the connections with the voters' expressed preferences, over-sight of the supply & demand & price balancing act, is intentionally destroyed. The transport & transfer of ballots means that ballots seem to be manufactured by political operatives rather than cast by citizens. Results are reported, but they no longer seem to have any certain basis in reality.

We see prices go up, or quality go down (e.g. plastic made to appear to be stronger, more durable metal), or the price for a container stay the same while the quantity in the container (jar, can, box, package) decreases (shrinkflation) irregularly. Instead of base-years or base-months, some indices have base year-spans which cannot be checked against other web-published data.

It is curiouser and curiouser.


(From census bureau Statistical Abstracts and Socialist Insecurity Abomination documents.   This is another case where the federal government, faced by embarrassing data, simply stopped releasing it.)

Historical Statistics of the United States

2010 March/April
Thomas A. Garrett, Andrew F. Kozak & Russell M. Rhine _Cite Seer X_/_Federal Reserve Bank of St. Louis Review_/_Pennsylvania State U_
Institutions and Government Growth: A Comparison of the 1890s and the 1930s
"For example, annual federal government per capita spending averaged $125 from 1792 to 1929 with no trend increase [inflation-adjusted 2000 dollars; OMB _Budget of the United States Government, Historical Tables_].   However, real [inflation-adjusted] federal government per capita spending rose from roughly $250 in 1930 to neary $9,200 in 2007."

1930 to present in trillions

"On 2015-10-25, Boston University professor of economics Laurence J. Kotlikoff testified before the senate Budget committee about [USA government's] «fiscal insolvency and its generational consequences».   He flatly stated that «Our country is broke.   It's not broke in 75 years or 50 years or 25 years or 1 years.   It's broke today.   Indeed, it may well be in worse fiscal shape than any developed country, including Greece.»   He condemned congress for «cooking the books».   «Congress's economically arbitrary decisions as to what to put on and what to keep off the books have not been innocent.   Successive congresses, whether dominated by Republicans or Democrats, have spent the post-war accumulating massive net fiscal obligations virtually all of which have been kept off the books...   The USA fiscal gap currently stands at $210T...   The size of the USA fiscal gap -- $210T -- is massive.   It is 16 times [as large as] official USA [government] debt, which indicates precisely how useless official debt is for understanding our nation's fiscal position...   In 2013, the fiscal gap stood at $205T.   In 2014, it was $210T.   Hence, the country's true 2014 deficit -- the [annual] increase in its fiscal gap -- was $5T, not the $483G increase in official debt reported by the Congressional Budget Office (CBO).»" --- Mark Reed Levin, J.D. 2015 _Plunder and Deceit_ pp30-31

Petition to Abolish the Federal Reserve

Measuring Worth: 6 ways to compute the relative value of a USA dollar amount, 1774 to present 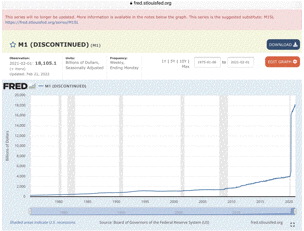 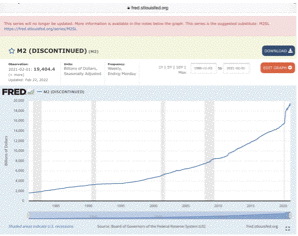 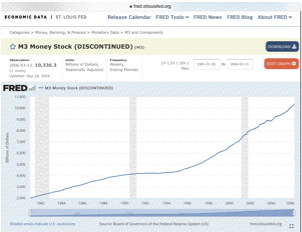